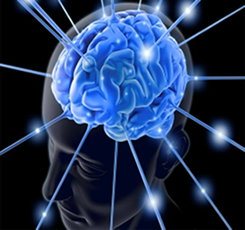 After you take the MMMICPF examination, you will be presented with a report showing your scores in the above areas, with suggestions on how to improve your skills in each area. Also, the report will offer suggestions as to which career(s) to consider, based on your examination scores.
Click here to see a sample Genius Finder report. Click here for detailed instructions on taking the test.

[What is your Success Quotient (SQ)?

The MMMICPF™ is the world’s first research-based SQ test that is fun to take.

The MMMICPF™ samples 21 mental abilities and 18 familial/cultural factors that determine your success in life. The instrument also teaches you how to control each of those factors. Most of these powerful factors are usually overlooked by most psychological tests. Three of those factors blossom and predominate in early childhood and are easily remembered: Curiosity, Imagination, and Achievement Drive (CIAD). All three of these are more important in determining life success than an IQ score.

GENIUS FINDER factors in Erik Erikson’s theory of the 8-Stages of Life, beginning with Trust vs Mistrust; Harvard’s Robert Rosenthal’s the “Self-fulfilling Prophecy” or the Pygmalion Effect; and Carl Jung’s concept of “Finding One’s True Calling.” The seeds of all of these factors are sown in early childhood and usually blossom in early childhood, therefore requiring cultivation in early childhood.

This test adopts the broader view of human potential from anthropological research. Children will not rebel during adolescence if they know their true calling (See Margaret Mead’s Coming of Age in Samoa, 1928). The strongest personalities come from the strongest cultures which are exogamous, e.g., Koreans, the Ibos of Nigeria, and some African-Americans (See Cornelius Osgood, The Koreans and Their Culture, New York: The Ronald Press, 1951; and Robert A. LeVine, Dreams and Deeds: Achievement Motivation in Nigeria. Chicago: University of Chicago Press. 1966).

GENIUS FINDER acknowledges the role of Inspiration in helping a person achieve success. Inspiration may come from many sources, music, the fine arts, sports, family stories of heroes, the choice of one’s readings, religious events, etc. Persons interested in the roles that inspiration plays in motivating persons to become high achievers have an almost virgin subfield to explore. Begin with David McClelland’s The Achieving Society, where McClelland correlates the contents of children’s stories in early childhood with later ambition or high achievement. Many scholars attribute the eminence of Italian and German cultures to their learned appreciation of certain forms of music. GENIUS FINDER applies the “Virtuoso Effect”. A violin virtuoso needs only a few seconds to determine if your child has the talents for the violin. GENIUS FINDER uses only 50 easy questions to help you find your “True Calling.” “If a child hears fine music from the day of his birth, and learns to play it himself, he develops sensitivity, discipline, and endurance. He gets a beautiful heart.” — Dr. Shinichi Suzuki.  GENIUS FINDER applies the “fun principle” to learning and testing, which was advocated by American philosopher John Dewey at Columbia over 100 years ago when he proposed the radical idea that learning should be fun. The corollary is that testing for learning should not be painful. Most people who have taken GENIUS FINDER judge it to be at the +8 level or higher on a 21-point scale: -10 (Pain) to 0 to +10 (Pleasure).

GENIUS FINDER has received endorsements from two forward-thinking North American university presidents, Dominic Pistillo, The University of Advancing Technology, Tempe, Arizona, and Dr. Sabrina Kay, Fremont College in Los Angeles, California. GENIUS FINDER pioneers a new form of psychological testing. Alfred North Whitehead, one of the most eminent mathematicians and philosophers of the 20th century, said that “the purpose of education is to create the future.” We create a better future when we identify children’s talents as early as possible and let them motivate themselves to develop those latent talents. All children are born with the desire to improve themselves and improve the world. Parents and Educators: you are invited to help pioneer the coming revolution in scientific parenting and scientific education, finding children’s talents early so that all children will be qualified to help “carry forward an ever-advancing civilization.” The creators of GENIUS FINDER are William Maxwell, (Ed.D., Phi Delta Kappa, Harvard University); and Dorothea Martin (B.A., Phi Beta Kappa, Mount Holyoke; Ph.D., Michigan). Dr. Martin is believed to be the first 100% “blind from birth” person to earn a Ph.D. Her Ph.D. is in Medieval Literature.