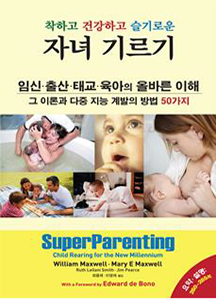 Chanyuh Kiruki (SuperParenting) was meticulously translated into Korean by Mr. Lee Young-Jeh who graduated at the top of his class from Chosun University, having majored in English. Mr. Lee was immediately recruited to the Korean Foreign Service and served as commercial attaché in Tokyo. After leaving the Korean Diplomatic Corps, he headed a large construction company building airports and other major developments in the Middle East. His love for the English language attracted him to found the Foreign Language Ltd to distribute English learning materials throughout South Korea.

SuperParenting, in English or Korean, distills the essence of 250 scientific studies of parenting and child development plus offering insights from the world’s most successful cultures, The Jewish, the Scottish, the Igbo, the Korean, the Japanese, the Fijian, etc. (For example, “How did Fiji keep its mental illness rate to 19 out of a million versus America which has a rate of 200,000 per million (20%)?